6.2
Director: Stuart PatonWriters: Jules VerneStars: Allen Holubar, Dan Hanlon, Edna PendletonSummary: Captain Nemo has built a fantastic submarine for his mission of revenge. He has traveled over 20,000 leagues in search of Charles Denver - a man who caused the death of Princess Daaker. Seeing what he had done, Denver took the daughter to his yacht and sailed away. He abandoned her and a sailor on a mysterious island and has come back after all these years to see if she is still alive and if the nightmares he has will stop. The daughter has been found by five survivors of a Union Army Balloon that crashed near the island. At sea, Professor Aronnax was aboard the ship 'Abraham Lincoln' when Nemo rammed it and threw the Professor, his daughter and two others into the water. Prisoners at first, they are now treated as guests to view the underwater world and to hunt under the waves. Nemo will also tells them about the Nautilus and the revenge that has driven him for all these years. Written by Tony Fontana <[email protected]>
Also known as: 20,000 Leagues Under the Sea (on a region-free DVD). 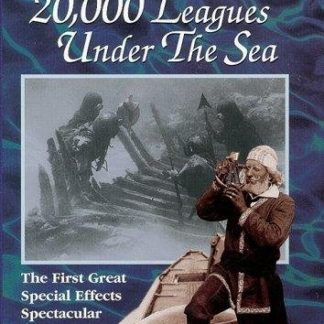