The History of Hardcore (2002) starring Jesse Adams on DVD


This sale is for The History of Hardcore (2002) starring Jesse Adams on DVD.

7.0
Director: Martin MorrisonStars: Jesse Adams, Nigel Buckland, Nicola DuffettSummary: A Television documentary commissioned by Channel Four (UK). The programme charts the history of hardcore pornography on film, dating back to the turn of the 20th century. Utilsing rare vintage archive, and original interview material of British and American pornographers, the documentary explores the parallels between mainstream cinema and hardcore porn, underlining the changes that have taken place in the industry since the advent of video, and following a veteran pornographer onto the set of his latest video offering. Written by Anon.
Also known as: The History of Hardcore (on a region-free DVD). 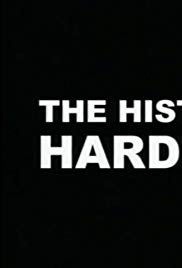