This sale is for The Gamers: Dorkness Rising (2008) starring Nathan Rice on DVD.

7.4
Director: Matt VancilWriters: Matt VancilStars: Nathan Rice, Carol Roscoe, Brian S. LewisSummary: All Lodge wants is for his gaming group to finish their adventure. Unfortunately, they're more interested in seducing barmaids, mooning their enemies, and setting random villagers on fire. Desperate to rein in his players, Lodge injects two newbies into the distrust: a non-player character controlled by Lodge, who the power gamers immediately distrust, and the rarest gamer of all -- a girl. Can the group overcome their bickering to save the kingdom, or will the evil necromancer Mort Kemnon triumph unopposed? A parody of fantasy films and the adventure gaming community, The Gamers: Dorkness Rising is a hilarious romp through the world of sword and sorcery -- in this case, a world of exploding peasants, giant house cats, and undead roast turkeys. Game on! Written by Matt Vancil
Also known as: The Gamers: Dorkness Rising (on a region-free DVD).

Be the first to review “The Gamers: Dorkness Rising (2008) starring Nathan Rice on DVD” Cancel reply 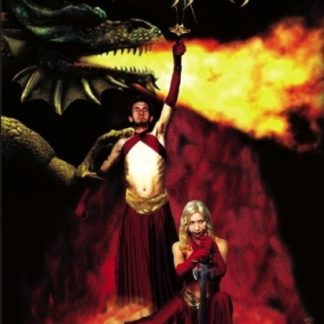