This sale is for The Feast of All Saints (2001) starring Robert Ri’chard on DVD.

6.7
Director: Peter MedakWriters: Anne Rice, John WilderStars: Robert Ri'chard, Peter Gallagher, Gloria ReubenSummary: Magloire Dazincourt, the owner of Bontemps, the largest sugar plantation of the entire South, asks his favorite cousin, Philippe Ferronaire, to marry his daughter Aglae Dazincourt and take over most of its management and family, including his colored mistress Cecile Ste. Marie, for whom he has a cottage build in New Orleans. When Magloire dies, Philippe becomes her lover and the father -not in law- of her son Marcel, named after his own father though, and promises her to get the boy educated in racially egalitarian Paris from age 18. However while still living in the decadent creole society in New Orleans, Marcel Ste. Marie gets in touch trough a colored carpenter with both his white and black roots, both of which bloodlines suffered greatly in the bloody racial civil wars on Haiti, a subject the American society refuses to deal with publicly, and the more people he gets to know or hears their past, the more he gets aware of social and racial matters. Then his father Philippe gets in ... Written by KGF Vissers
Also known as: The Feast of All Saints (on a region-free DVD). 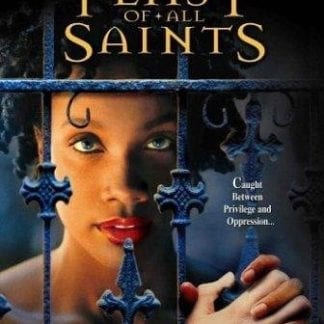