The Debt (2007) with English Subtitles on DVD


This sale is for The Debt (2007) with English Subtitles on DVD.

6.9
Director: Assaf BernsteinWriters: Assaf Bernstein, Ido RosenblumStars: Gila Almagor, Neta Garty, Edgar SelgeSummary: The year is 1965. Rachel Brener is one of 3 young Mossad agents team who caught "The Surgeon of Birkenau" - a Nazi monster who was never brought to trial in Israel. The official reason was that he was shot as he attempted escape while being held by his Israeli captive (kiddenappers) in a safe house somewhere in Europe. Today, 35 years after the well communicated story of the death of the monster, a small article appears in a local unimportant paper in a Kiev, Ukraine. Surprisingly the Surgeon is alive and is willing to admit his crimes against the human race and especially the Jews. The 3 older x Mossad agents who are in their late 60th became aware to this unfortunate threatening knowledge. The fact was that the "Surgeon" managed to escape from his guards- our 3 agents by wounding the woman who was not alert enough. Now that the old story came up to live again in a completely different version, they needed to cover their asses and secure their lives, reputation and the story they ... Written by Evanstone
Also known as: The Debt (on a region-free DVD). 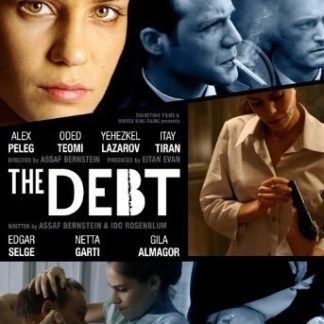