This sale is for The Big Frame (1952) starring Mark Stevens on DVD.

5.8
Director: David MacDonaldWriters: John Gilling, Steve FisherStars: Mark Stevens, Jean Kent, Garry MarshSummary: During a London reunion of a World War II RAF unit, an American pilot gets into a fight with one of his buddies, who is drunk and belligerent. The next day the pilot wakes up in a strange hotel room with blood on his suit, and can't remember how he got there. Then he discovers that the friend he fought with the night before has been murdered, and he is a prime suspect. Written by [email protected] 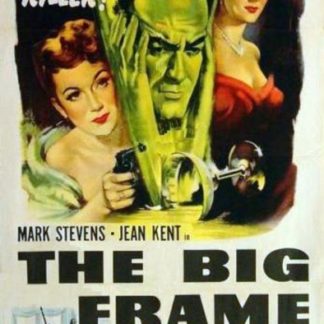