Something So Right (1982) starring Ricky Schroder on DVD


This sale is for Something So Right (1982) starring Ricky Schroder on DVD.

7.3
Director: Lou AntonioWriters: Jonathan Estrin, Shelley ListStars: Ricky Schroder, Patty Duke, James FarentinoSummary: Joey lives with his mother. His father isn't around, he doesn't like school, he is bored and doesn't take orders from anyone. In other words he is a real little scamp. Being at one's wit's end, his mother decides to look for a "big brother" (sort of surrogate father) for Joey. At first this clumsy Arnie doesn't know how to handle Joey but after a while everything changes and not only for Joey ... Written by Willy Vanhaelen <[email protected]>
Also known as: Something So Right (on a region-free DVD). 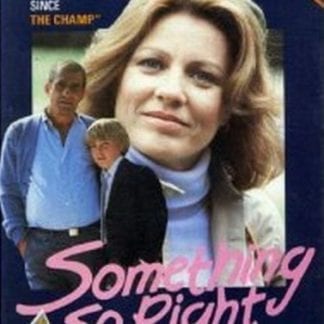