The Ace of Hearts (1921) with English Subtitles on DVD


This sale is for The Ace of Hearts (1921) with English Subtitles on DVD.

6.8
Director: Wallace WorsleyWriters: Gouverneur Morris, Ruth WightmanStars: Lon Chaney, Leatrice Joy, John BowersSummary: A secret society holds a meeting to determine what to do about a powerful and dangerous man whom they have been studying closely for the past three months. They all agree that he deserves to die. Two of the members, Farallone and Forrest, are both in love with Lilith, the group's only female member. But Lilith accepts neither of them, preferring to devote herself to the group's cause. When the group meets again and deals cards to all the members, Forrest draws the ace of hearts, meaning that he will be the one to carry out the assassination. Lilith then suddenly agrees to marry him, in order to give him courage. But after their first night together, both of them begin to feel differently about what they have planned. Written by Snow Leopard
Also known as: The Ace of Hearts (on a region-free DVD). 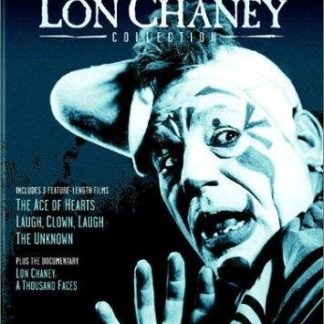