The Abductors (1973) with English Subtitles on DVD


This sale is for The Abductors (1973) with English Subtitles on DVD.

4.9
Director: Pavlos FilippouWriters: Giannis TziotisStars: Lakis Komninos, Andreas Barkoulis, Dinos IliopoulosSummary: After a terrible nautical disaster and the tragic death of twelve sailors, the wealthy Greek shipowner, Petros Romanos, pays their families a meagre amount of money as compensation for their loss. But, this is not enough, and as a result, the fresh-out-of-jail pusher, Orestis, and his old gang of drug traffickers decide to take matters into their own hands, and abduct his precious daughter, Isavella, to gain leverage in the negotiations. Now, as Romanos' seductive mistress, Madalena, too, takes part in the kidnapping, her real lover, the gang's ruthless second-in-command, Seretis, seems to have other plans in store for Romanos, as the hidden cargo of narcotics in one of his tankers is the grand prize. Will the murderous abductors get what's coming to them? Written by Nick Riganas
Also known as: The Abductors (on a region-free DVD). 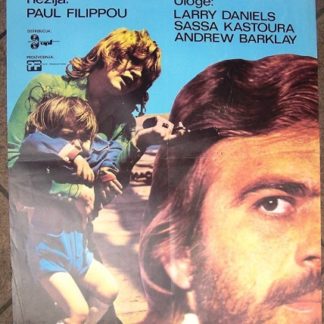