This sale is for Terminal Invasion (2002) starring Bruce Campbell on DVD.

5.1
Director: Sean S. CunninghamWriters: Lewis AbernathyStars: Bruce Campbell, Chase Masterson, C. David JohnsonSummary: On a stormy night, while transporting a criminal named Jack to death row, the officers have a car accident near a private airport. They bring the prisoner to the airport where clients are arguing with the owner/pilot of the charter services, Cathy Garrett because she refuses to take off with the bad weather and the communications are down due to the snow storm. Jack asks to go to the toilet being escorted by the guards; however, in the bathroom, a preacher attacks and kills the guards and when Jack kills him, his body vanishes. Jack returns to the lobby and when the security guard holds him, he accidentally shoots a passenger, but the woman does not die until Jack shoots her in the head and her body also disappears. The survivors conclude that they are trapped in a place filled with aliens and nobody can be trusted. Written by Claudio Carvalho, Rio de Janeiro, Brazil
Also known as: Terminal Invasion (on a region-free DVD). 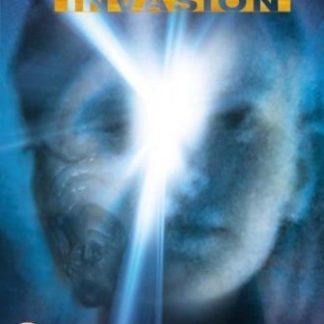