This sale is for Phoenix Forgotten (2017) starring Florence Hartigan on DVD.

Director: Justin BarberWriters: T.S. Nowlin, Justin BarberStars: Florence Hartigan, Luke Spencer Roberts, Chelsea LopezSummary: Phoenix Forgotten tells the story of three teens who went into the desert shortly after the incident, hoping to document the strange events occurring in their town. They disappeared that night, and were never seen again. Now, on the twentieth anniversary of their disappearance, unseen footage has finally been discovered, chronicling the final hours of their fateful expedition. For the first time ever, the truth will be revealed.
Also known as: Phoenix Forgotten (on a region-free DVD). 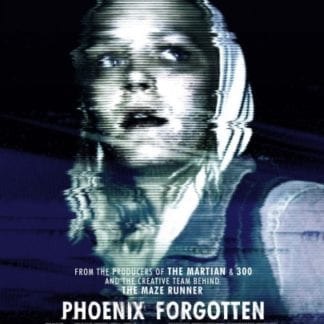