Superman and the Mole-Men (1951) starring George Reeves on DVD


This sale is for Superman and the Mole-Men (1951) starring George Reeves on DVD.

5.7
Director: Lee SholemWriters: Robert MaxwellStars: George Reeves, Phyllis Coates, Jeff CoreySummary: Reporters Clark Kent and Lois Lane arrive in the small town of Silsby to witness the drilling of the world's deepest oil well. The drill, however, has penetrated the underground home of a race of small, furry people who then come to the surface at night to look around. The fact that they glow in the dark scares the townfolk, who form a mob, led by the vicious Luke Benson, intent on killing the strange people. Only Superman has a chance to prevent this tragedy. Written by Doug Sederberg <[email protected]>
Also known as: Superman and the Mole-Men (on a region-free DVD). 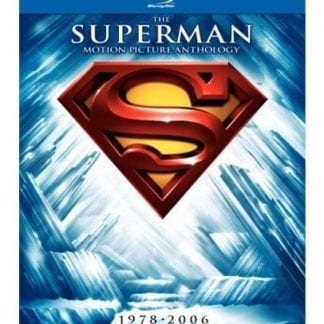