This sale is for Sudden Fury (1975) starring Dominic Hogan on DVD.

6.6
Director: Brian DamudeWriters: Brian DamudeStars: Dominic Hogan, Gay Rowan, Dan HennesseySummary: Fred is a psychotic entrepreneur who hopes to convince his wife Janet to invest in a shady land deal. The wife refuses, and the couple continue their heated argument while driving through the Ontario backwoods. When their car crashes, Janet is seriously injured, but Fred leaves the scene, hoping that his wife won't last the night. Written by Ørnås
Also known as: Sudden Fury (on a region-free DVD). 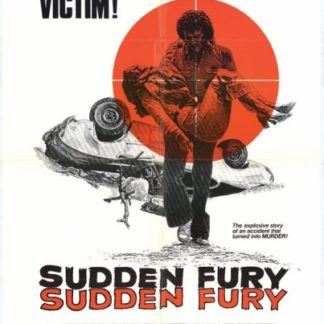