Something About Amelia (1984) starring Ted Danson on DVD


This sale is for Something About Amelia (1984) starring Ted Danson on DVD.

6.7
Director: Randa HainesWriters: William HanleyStars: Ted Danson, Glenn Close, Olivia ColeSummary: Shame and fear have kept Amelia Bennett silent about the sexual molestation she's been suffering at the hands of her father, Steven. But as Amelia starts to believe that Steven might harm her younger sibling in similar ways, she unburdens herself of her awful secret. Confronted with this horrifying piece of news, Steven's wife, Gail, can't believe it's true, and he professes his innocence. But as new details emerge, the family is shaken to its core. Written by Jwelch5742
Also known as: Something About Amelia (on a region-free DVD). 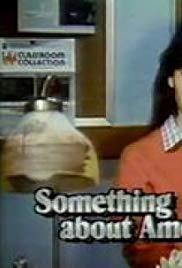