This sale is for She Was Like a Wild Chrysanthemum (1955) with English Subtitles on DVD.

7.5
Director: Keisuke KinoshitaWriters: Sachio Ito, Keisuke KinoshitaStars: Noriko Arita, Chishû Ryû, Haruko SugimuraSummary: An old man, being rowed along a river, sees a field of daisies (or Wild Chrysanthemums, as they are described in the title, or starworts, as they are referred to in the subtitles), and thinks back to when he was fifteen. He recalls his time with, and away from, the girl cousin he grew up with and would have married, except the family and other pressures got in the way. Written by sharptongue
Also known as: She Was Like a Wild Chrysanthemum (on a region-free DVD). 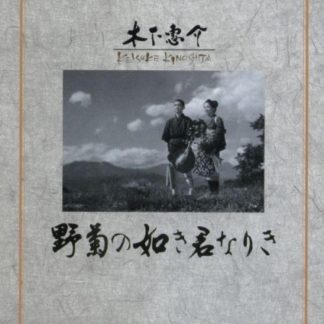