This sale is for Scandalous Behavior (1999) starring Rena Riffel on DVD.

3.6
Director: James HongWriters: Jens HansenStars: Rena Riffel, James Hong, Shannon TweedSummary: Erotic thriller about swindler Michelle Drake, who gets arrested in Singapore. Her only way to avoid prison is to marry a corrupt local businessman and agree not to leave the country. She does that, but swindles him and manages to leave Singapore with the help of a couple she knows. Back in the US, she arrives in Dallas and tries to contact her ex boyfriend, who's in the oil business, but Lisa, his current girlfriend, gets in the way. Michelle's "husband" follows her to the US and contacts her ex boyfriend's brother, who's also in the oil business. The husband identifies himself as Adam Chance and proposes a deal - he'll invest in the brothers' failing company if they give back both Michelle and what she stole from him. Lisa listens in on their dealings and decides to make a buck for herself. She contacts Michelle, warns her and proposes her a deal of her own.
Also known as: Scandalous Behavior (on a region-free DVD). 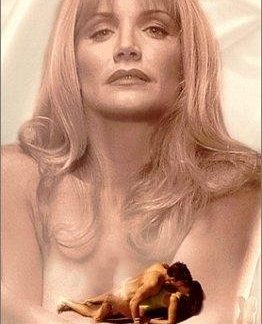