This sale is for Rent Control (2003) starring Melissa Joan Hart on DVD.

3.9
Director: David Eric BrennerWriters: David Eric BrennerStars: Melissa Joan Hart, Ryan Browning, Carmen ElectraSummary: An attractive couple in their early 20's, Holly and Calvin arrive in the Big Apple fresh from Iowa. They are optimistic, naive and eager to succeed as actors. However, they find the path to success in New York a little more treacherous than they thought. The sky-high rents throughout the city force them to move in temporarily with Holly's Aunt Agatha, an eccentric woman with fifteen cats and an addiction to diet pills. Aunt Agatha lives in a rent-controlled, spacious 1-bedroom apartment on 90th St. and Central Park West, a very posh neighborhood. After six weeks of futile apartment-hunting and numerous other New York humiliations, Holly and Calvin are ready to call it quits and head back to Iowa. At their moment of greatest despair, they discover Agatha's dead body on the kitchen floor. The poor woman has overdosed on diet pills. After panicked deliberation, Holly and Calvin come up with their scheme: If they pretend Agatha is still alive, they can keep the rent-controlled apartment, ... Written by Daniel Q.
Also known as: Rent Control (on a region-free DVD). 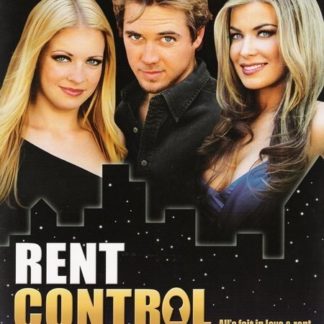