This sale is for Manifesto (1988) starring Camilla Søeberg on DVD.

6.2
Director: Dusan MakavejevWriters: Dusan Makavejev, Émile ZolaStars: Camilla Søeberg, Alfred Molina, Simon CallowSummary: In 1920, in Central Europe, the tyrannical king of an Empire is visiting the small town of Waldheim. While a group of revolutionaries plot to kill the despotic king, his oppressive secret service, leaded by Avanti, and the police force, leaded by Police Chief Hunt, organize his reception. Svetlana Vargas, a member of a bourgeois family and abused by her employee Emile, is in charge to organize the attempt against the king. Written by Claudio Carvalho, Rio de Janeiro, Brazil
Also known as: Manifesto (on a region-free DVD). 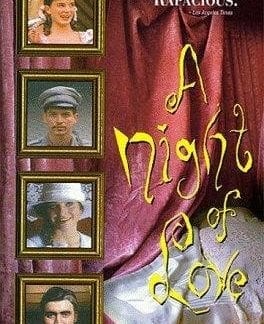