This sale is for Querelle (1982) starring Brad Davis on DVD.

6.8
Director: Rainer Werner FassbinderWriters: Jean Genet, Rainer Werner FassbinderStars: Brad Davis, Franco Nero, Jeanne MoreauSummary: The French naval ship, Le Vengeur, based out of Marseille, has just docked in Brest for an extended stay. The ship's captain, Lieutenant Seblon, can see the passion in his men, which can as easily manifest itself in violence as it can in sex. Seblon has in part become an officer to remain at arms length from his men, one of them, Querelle, with who he is secretly in love. Querelle goes to La Feria, a bar and makeshift whorehouse owned and operated by husband and wife Nono and Lysiane, one of the whores. La Feria is infamous and notorious as anyone wanting sex with Lysiane must first roll the dice with Nono, Nono winning meaning that he will get to sodomize the loser instead. At La Feria, Querelle is surprised to see his brother, Robert, who is Lysiane's current on-going sexual partner, and who did not have to go through the roll of the dice with Nono is his special position with Lysiane. That passion in Querelle extends to his brother, the two who share more than just a family ... Written by Huggo
Also known as: Querelle (on a region-free DVD). 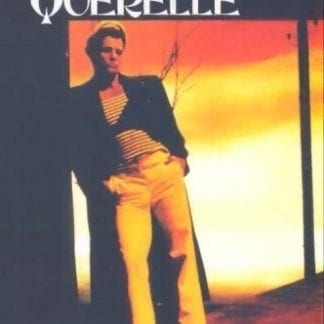