This sale is for Planet Earth (1974) starring John Saxon on DVD.

5.7
Director: Marc DanielsWriters: Gene RoddenberryStars: John Saxon, Janet Margolin, Ted CassidySummary: Dylan Hunt is a 20th century man awakened from suspended animation on a post-apocalyptic Earth, now a member of PAX, the last remnant of technological civilization. When a PAX leader is critically wounded by violent mutants, Dylan and his teammates must seek out a missing surgeon, lost long ago in a mysterious agrarian region where women claim all the power and all men are inexplicably subservient and traded as slaves. Written by Anonymous
Also known as: Planet Earth (on a region-free DVD). 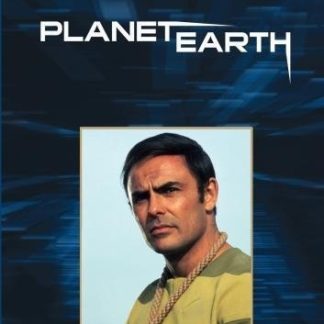