This sale is for Pavement (2002) starring Robert Patrick on DVD.

5.4
Director: Darrell RoodtWriters: Charles HansenStars: Robert Patrick, Lauren Holly, Barry Shabaka HenleySummary: Samuel Browne is a tracker in Alaska. When his sister meets a grisly death in San Francisco, he goes there to hunt her killer. As more murders occur, Buckley Clarke, a police investigator, reluctantly joins forces with Sam. As they sort out clues - it's a slight person, perhaps a woman, who walks with a leg brace and rides the bus - they also find a mutual attraction. The brass are convinced this is a serial killer chosing victims at random, but Sam and Buckley discover a pattern involving health personnel who work in neonatal intensive care. Doctors aren't supposed to play god, but someone's decision years before has driven a killer over the brink. Can they find him? Written by <[email protected]>
Also known as: Pavement (on a region-free DVD). 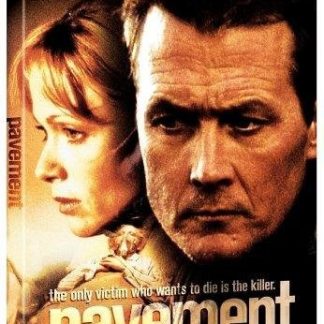