This sale is for Paradise, Texas (2005) starring Timothy Bottoms on DVD.

5.7
Director: Lorraine SennaWriters: Joe Conway, Stephen Bryan DowdallStars: Timothy Bottoms, Ben Estus, Meredith BaxterSummary: In the '80s, Mack Cameron (Timothy Bottoms) was a star in his own right but now, as a middle-aged actor in Hollywood, he's working like crazy to stay in the game. Movie shoots keep him from his wife Liz (Meredith Baxter) and two sons for long stretches of time and his marriage is suffering from father's absence. Mack is locked in battle between work and family when he's offered a role in a small independent film shooting in his hometown of Littleton, Texas. He grudgingly accepts the part, bringing the family along in a last ditch attempt to reconnect with his boys and save his marriage. Everything changes for twelve year-old CJ (Ben Estus) when he is cast as Mack's co-star. Although a gifted performer, the kid is misunderstood by just about everyone. Bullies seek him out at school, while his father pushes him to play baseball like the other boys. After a promising start to the shoot, Mack's decision to put his family first has repercussions on his career. At odds with himself, he ... Written by Anonymous
Also known as: Paradise, Texas (on a region-free DVD). 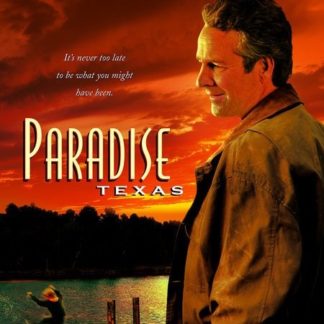