This sale is for Our Betters (1933) starring Constance Bennett on DVD.

6.3
Director: George CukorWriters: W. Somerset Maugham, Jane MurfinStars: Constance Bennett, Violet Kemble Cooper, Phoebe FosterSummary: American heiress Pearl Saunders marries Lord George Grayston but later sees him embracing his lover on their wedding day. She has his title and he has her money; thereafter they are rarely seen together. Pearl is accepted by the British aristocracy and is presented at court, but creates a scandal by wearing black. She encourages her younger sister, Bessie, who idolizes her, to respond to the attentions of Lord Harry Bleane despite Bessie preferring American Fleming Harvey. Pearl gives a weekend party at the Grayston estate inviting close friends, including her lover, Arthur Fenwick; her friend, Duchess Minnie and Minnie's gigolo companion, Pepi D'Costa; as well as Bessie, Lord Bleane and Harvey. Pepi, who had been meeting Pearl on the sly, discretely suggests a rendezvous with her in the new teahouse on the property. Both make some pretext to leave but are seen by Minnie entering the teahouse. Vindictive Minnie pretends to have left her purse in the teahouse and sends Bessie to fetch ... Written by Arthur Hausner <[email protected]> 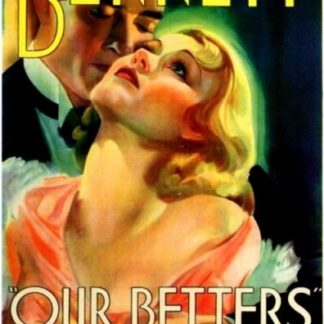