7.2
Director: Pavlos TasiosWriters: Pavlos TasiosStars: Fanis Hinas, Melani Stantzou, Alexis DamianosSummary: At the end of his tether and determined to put an end to his miserable existence, the taciturn and sad-faced assistant funeral director, Fanis, finds himself perched on a narrow ledge. Incapable of expressing his bottled-up emotions and utterly unable to find peace of mind in a world that's rife with temptation, Fanis has made up his mind, after a botched attempt to woo the young university student, Melanie. Now, after six long hours of negotiations with the police and a compassionate reporter, there's nowhere to go but down. Is there something or someone that could help desperate Fanis change his mind? Written by Nick Riganas
Also known as: Nai men, alla... (on a region-free DVD).

Be the first to review “Nai men, alla… (1972) with English Subtitles on DVD” Cancel reply 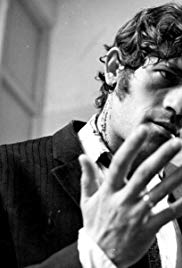