Murder at the Grange (1952) starring Tod Slaughter on DVD


This sale is for Murder at the Grange (1952) starring Tod Slaughter on DVD.

5.8
Director: Victor M. GoverWriters: John GillingStars: Patrick Barr, Tucker McGuire, Frank HawkinsSummary: A former police detective who is now a private investigator is approached by two elderly sisters, who say that someone is terrorizing them, and they think it's the ex-fiancée of one of the sisters, who they believe had killed their father years before. However, when it turns out that the man they suspected has been long dead, the detective has to look elsewhere for suspects--and their shady butler just happens to be a prime one. Written by [email protected]
Also known as: Murder at the Grange (on a region-free DVD). 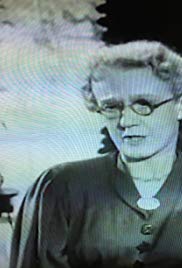