This sale is for Morning Sun (2003) with English Subtitles on DVD.

7.7
Director: Geramie Barmé, Richard GordonWriters: Geramie Barmé, John CrowleyStars: Xiaoping Deng, Qing Jiang, Nanyang LiSummary: About the shifting, unpredictable currents behind the Chinese Cultural Revolution, this documentary shows the various phases of the 12 years from 1964 through the purging of the Gang of Four at the end of 1976, with some retrospective information about the Long March and the 1958 Great Leap forward. It is built around contemporary interviews with survivors of three families: The most prominent is Liu Shaoqi, the President of China until 1967 & the highest ranking target of the revolution, his wife, Wang Guangmei and his daughter Liu Ting. The most complete coverage was given to a former secretary to Mao, Li Rui, who was banished when he questioned the Great Leap forward. He was rehabilitated in the early 60's, but not brought back into the Party and was banished again when the Cultural revolution started. Li's daughter Li Nanyang who was 11 or 12 when Li Rui was first imprisoned, was a staunch supporter of the Cultural Revolution, but she was never allowed to join the Party because of... Written by Maple-2
Also known as: Morning Sun (on a region-free DVD). 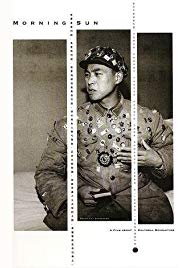