This sale is for Mockingbird Don’t Sing (2001) with English Subtitles on DVD.

6.5
Director: Harry Bromley DavenportWriters: Daryl HaneyStars: Melissa Errico, Michael Lerner, Joe RegalbutoSummary: On November 4, 1970 on The CBS Evening News, Walter Cronkite reported on a true, horrific story that was about to rock the country. A 13-year-old girl was discovered in the small Los Angeles suburb of Arcadia who was still in diapers, barely able to walk and unable to speak. Kept in severe isolation by her parents with virtually no human contact for more than 10 years, she was confined to her bedroom, tied to her potty-chair and left to fend for herself. As Cronkite noted, it was one of the most horrendous cases of child abuse ever to surface. Much like an animal, the girl spat, sniffed and clawed. She had none of the traits or characteristics of conventional human behavior, nor could she comprehend such modern societal conveniences as silverware or bathroom etiquette. Her emotional development was practically non-existent, and she could not speak. With this heartbreaking story, the world was being introduced to a fragile, beautiful teenager who seemed and behaved like an infant, or ... Written by Steven Zeller
Also known as: Mockingbird Don't Sing (on a region-free DVD). 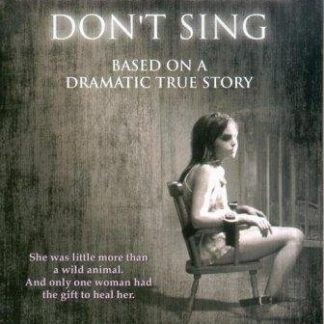