Man of the Moment (1935) with English Subtitles on DVD


This sale is for Man of the Moment (1935) with English Subtitles on DVD.

6.3
Director: Monty BanksWriters: Yves Mirande, Guy BoltonStars: Douglas Fairbanks Jr., Laura La Plante, Claude HulbertSummary: Mary, who is infatuated with her boss, discovers that he is having an affair with one of her coworkers. Despondent, she leaves work and overhearing news of a suicide, impulsively decides to drown herself in the river. She turns out to be an incompetent suicide, however, and while splashing about in the water, an apparently wealthy and dashing figure, Tony, drives up in his sports car and jumps in to save her. He takes her home to get her dry and to keep her from hurting herself--but his wealthy fiancee arrives and she assumes the worst and breaks off their engagement. Tony then reveals to Mary that he's broke, with only 300 pounds to his name. Now--each despondent--they both begin to talk of doing themselves in when tickets for Monte Carlo, which was to be his honeymoon destination, arrive. In a sudden bit of screwball inspiration, they decide to go to Monte Carlo and bet their little stake on an all or nothing bid to build a fortune for themselves. Its either win, or they both jump ... Written by Thomas Muther, Jr (twm-2)
Also known as: Man of the Moment (on a region-free DVD). 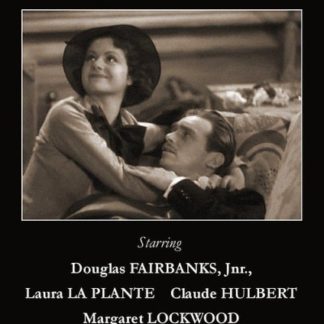