This sale is for Los Debutantes (2003) with English Subtitles on DVD.

Director: Andrés WaissbluthWriters: Cristián Jiménez, Julio RojasStars: Antonella Ríos, Néstor Cantillana, Juan Pablo MirandaSummary: Parents, children, brothers. A few days in Santiago, Chile, seen by three different characters: Víctor, a schoolboy who develops a crush on a stripper he sees at a club on his birthday; Silvio, Victor's older brother, hired by the club owner to be his driver and who also falls for the woman; and, Gracia, the stripper who's the boss's girlfriend and who wants out. The club owner, Don Pasqual, has many illegal enterprises and a bad heart. Víctor's impulsive puppy love, Silvio's libido, Gracia's plans, and Don Pasqual's possessiveness make for a dangerous mix. Written by <[email protected]>
Also known as: Los Debutantes (on a region-free DVD). 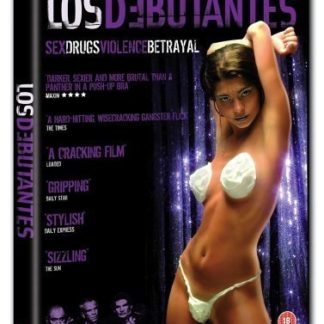