This sale is for Legal Seduction (2002) starring Holly Hollywood on DVD.

4.8
Director: Francis LockeWriters: Anora LeachimStars: Holly Hollywood, Chris Evans, Amber MichaelsSummary: After graduating with great scores from Harvard Law, Gidget Fontaine gets a job in one of the top five law firms, only to get a boss who treats her badly. Alas, her buxom roommate April, who is always during or after sex, convinces Gidget that the boss is just afraid to show he likes her. Gidget later spots him having sex on his conference table. She later also hears he says good things about her. As a result, she decides to seduce him by showing up for work almost naked. The harsh employee-employer relationship quickly turns into passionate sex in the office. Written by Anonymous
Also known as: Legal Seduction (on a region-free DVD). 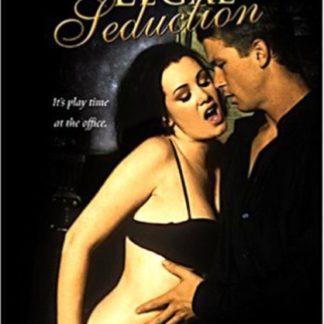