This sale is for Hollywood Sins (2000) starring Justin Carroll on DVD.

5.5
Director: Edward HolzmanWriters: István HajduStars: Justin Carroll, Kim Sill, Eric AcsellSummary: Hollywood. Tinseltown, Sin City- A town that built its reputation on money, power and sex. A typical talent agent, Simon is no different than the rest of the Hollywood Elite. He'll do anything to seal a deal. And he and his starlet fiancée, Lacy, like to push the envelope of their sexual boundaries. They get off by videotaping their erotic indiscretions with other men and women and watching them together. But eventually Simon picks the wrong woman to fool around with. When Donna, the sultry conniving wife of the agency's CEO, seduces and then blackmails him, he'll have to summon more than the usual tricks to land on his feet.
Also known as: Hollywood Sins (on a region-free DVD). 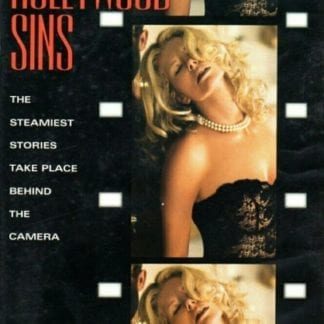