7.4
Director: Joseph LoseyWriters: Evan Jones, John WilsonStars: Dirk Bogarde, Tom Courtenay, Leo McKernSummary: During World War I, the British troops are entrenched at Passchendaele, Belgium. Amongst the volunteers, there is a young British soldier, Private Arthur James Hamp (Sir Tom Courtenay), who is the sole survivor of his original company. Hamp spent three years in the trenches, and this makes him a veteran. He has never been accused of cowardice, but one day, he simply decides to leave the war behind him and walk all the way home to Britain. In Calais, France, he is challenged by a Military Police patrol, who promptly arrests him for leaving without permission. Hamp's commanding officers decide to convene a court-martial and charge him with desertion. If found guilty, Hamp could be shot by a firing squad. Captain Hargreaves (Sir Dirk Bogarde) is assigned to be Hamp's defending attorney, but he seems skeptical about the deserter's chances of acquittal. During their first talk, Captain Hargreaves is impressed by his client's utter sincerity and naivete. He learns that his client ... Written by nufs68
Also known as: King & Country (on a region-free DVD). 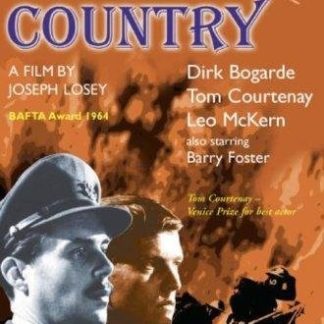