4.5
Director: Ron SatlofWriters: Nicholas CoreaStars: Terence Knox, Gary Kasper, Aimee EcclesSummary: A group called Mobius is conducting a project to create the perfect soldier. There latest attempt whom they dub J type Omega or J*O*E. The project is overseen by two scientists, one of them is Michael Rourke and a former Marine Colonel A.C. Fleming. Now Joe is faster, stronger, and more durable than any human, but he lacks one thing that Mobius deems necessary - a killer instinct. When Joe repeatedly fails to execute someone, the project is deemed a failure and Joe is to be terminated. But Fleming who thinks of Joe as a son is reluctant to carry it out, and Michael Rourke, who doesn't think Joe is a failure takes him and hide somewhere, where Rourke can teach Joe about the world outside Mobius. They offer their services as soldiers of fortune. When one of their operations reaches Mobius, they still want Joe terminated, so they send Col. Fleming to carry it out. But is he really going to do it? Written by [email protected]
Also known as: J.O.E. and the Colonel (on a region-free DVD).

Be the first to review “J.O.E. and the Colonel (1985) starring Terence Knox on DVD” Cancel reply 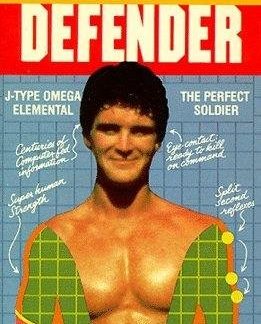