This sale is for Dead Fire (1997) starring Colin Cunningham on DVD.

4.2
Director: Robert LeeWriters: Chris Hyde, Andrew McEvoyStars: Colin Cunningham, Monika Schnarre, Matt FrewerSummary: The year is 2062. The Earth is no longer inhabitable and has been left in ruins. On-board the space station USS Legacy in orbit around Earth, the Earth's population are in suspended animation whilst the space station is under military control and scientists are working on a project to make Earth inhabitable again. After disobeying orders, trying to apprehend a out-of-control soldier on a rampage, tough soldier Captain Cal Brody is sentenced by his commanding officer, Colonel Alexa Stant, to guard the stasis chamber where the Earth's population is in suspended animation for 3 months. But the USS Legacy is taken over by criminal Max Durbin and a group of escaped convicts, who have been freed by Alexa from the prison colony on Earth and Alexa decides to help them. Cal sets out to stop Max and Alexa's scheme and believes he is the only man who can stop Max, who plans to use Cal's scientist girlfriend Kendall Foster experiment to make the Earth inhabitable again, by using the sun's rays to... Written by Daniel Williamson
Also known as: Dead Fire (on a region-free DVD). 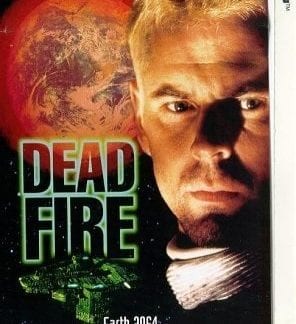