6.8
Stars: Lia Williams, Samantha Womack, John BoweSummary: Two English sisters are close but very different. Imogen has the sort of beauty that makes every head turn, Amanda is inconspicuous. Imogen has baby twins with Ben, MD, a generous gentleman. Then Imogen asks Amanda to lie for her, by not telling the truth, just play an answering machine message to make Ben believe the sisters are spending the weekend together when she's really cuckolding Ben with elder Cavan, an Irish-born antiques dealer and serial adulterer, thrice divorced with five children he never sees. At the last moment Amanda, who was told to leave her machine off by their dad Patrick, who always clearly favored Imogen and even announced to change his will in her favor, blurts out to Ben she didn't know Imogen was supposed to be with her- he ultimately comes over and finds out the truth, they end up making love and he prescribes her the morning after-pill and she leaves her own lover, measly but devoted builder Steve. Several emotionally bitter rounds of pussy-footing around ... Written by KGF Vissers
Also known as: Imogen's Face (on a region-free DVD). 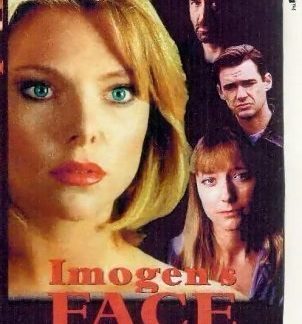