This sale is for Il diavolo nella carne (1991) starring Tracy Ray on DVD.

4.7
Director: Joe D'AmatoWriters: Laurence Falcon, Steve MorelliStars: Tracy Ray, Carmen Di Pietro, Nicole GreySummary: Dough-crazed mercenaries Sammy and Klaus are on a mission to escort the seriously ill prime minister of a South American country that has just been taken over by the rebels to his buddies over the border. Chased by the rebels, and with the politician's health rapidly deteriorating, they stumble onto an infirmary staffed by a quartet of nurses and take them hostage, forcing them to cure the prime minister, and fast. After an initial rape, romantic feelings begin to emerge as Helga has it off with Klaus, Katrin with Sammy, and Sophie with Hellen...until a squadron of rebels drops in. Written by alphaboy
Also known as: Il diavolo nella carne (on a region-free DVD). 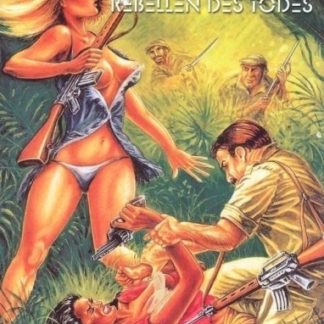