View cart “The Bad Seed (1985) starring Blair Brown on DVD” has been added to your cart.


This sale is for Hidden Agenda (1990) starring Frances McDormand on DVD.

6.9
Director: Ken LoachWriters: Jim AllenStars: Frances McDormand, Brian Cox, Brad DourifSummary: When an American human rights lawyer is assassinated in Belfast, it remains for the man's girlfriend, as well as a tough, no nonsense, police detective to find the truth... which they soon discover to be contained in an audio tape which the man had with him, exposing political manipulations at the highest levels of government. But such underlying agendas require careful considerations to avoid worse things than murder. Written by BOB STEBBINS <[email protected]>
Also known as: Hidden Agenda (on a region-free DVD). 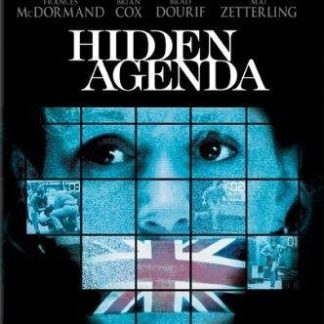