Hand in Hand (1961) with English Subtitles on DVD


This sale is for Hand in Hand (1961) with English Subtitles on DVD.

7.3
Director: Philip LeacockWriters: Diana Morgan, Leopold AtlasStars: Loretta Parry, Philip Needs, John GregsonSummary: In the town of Springfield, England, adolescents Michael O'Malley and Rachel Mathias strike up a friendship despite their less than friendly first meeting at school. That friendship becomes so strong that they spend whatever time they can together, Mike even forgoing playing his regular games with his old friends just so that Rachel won't feel left out. Their friendship is primarily based on reaching for somewhat collective dreams, those that seem to be at the top of the list being going to London to have tea with the Queen, and going big game hunting in Africa. They feel they are stronger as a pair than they are as individuals. Their respective parents support the friendship, which they may not have if it was ten years later and the friendship was a romantic one, their parents who would like their respective offspring to marry within their own religion, Mike's family who is Catholic, Rachel's being Jewish. The first test to their friendship is the possibility of Rachel's family ... Written by Huggo
Also known as: Hand in Hand (on a region-free DVD). 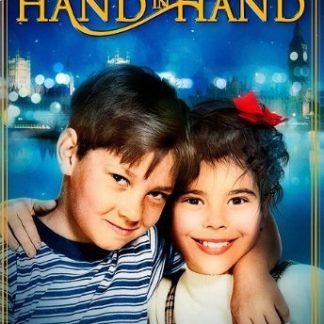