3.5
Director: Greg AntonacciWriters: Bruce Jay Friedman, Bruce Franklin SingerStars: Todd Waring, Amy Yasbeck, Donovan ScottSummary: A sequel to the popular romantic mermaid drama which starred Darryl Hannah and Tom Hanks. Allen becomes bored on the deserted island on which he and Madison are currently living, and using a special power, Madison shows him exactly what's going on in his brother, Freddie's life. Through this, the couple realise that Allen's business is in trouble and return to New York - maybe contradicting the original, but Madison will only go "as long as I can soak my legs in Salty Water at the full moon". While there, they move into a new home (which has a pool in the back yard !), and Madison meets a new friend - Fern Hooten who might and might not know her secret. We are never told. While there, Madison sets herself a goal to save her Dolphin friend (Salty) who is in captivity, and while saving the business and the dolphin, she and Allen grow closer and re-kindle their love. Written by Gareth Jones
Also known as: Splash, Too (on a region-free DVD).

Be the first to review “Splash, Too (1988) starring Todd Waring on DVD” Cancel reply 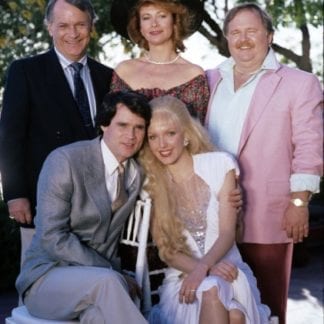