This sale is for Gray Matter (2018) starring Alys Crocker on DVD.

Director: Greg A. SagerWriters: Greg A. SagerStars: Alys Crocker, Michael G. Wilmot, Tara Elizabeth O'BrienSummary: Since the 1940s, alien beings known as "GRAYS" have been sighted around the globe with the thought that they visit our planet to study our species and civilization before they eventually invade...but what if we're wrong? What if they are only here to protect us? After a meteorite crashes to earth awakening the extraterrestrial creature within, a young woman is abducted by an alien "GRAY" to aid in hunting down and destroying the creature, before it can reach a second meteorite that fell to earth decades earlier, unleashing its deadly infestation of earth.
Also known as: Gray Matter (on a region-free DVD). 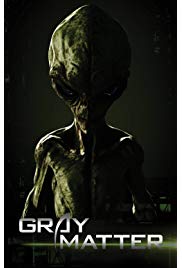