This sale is for Goyband (2008) starring Adam Pascal on DVD.

Director: Christopher GrimmWriters: Dan Bar-Hava, Christopher GrimmStars: Adam Pascal, Josh Alexander, Michael ApuzzoSummary: Goyband is a romantic comedy that fuses music and pop culture with a satirical (albeit gentle) look into Orthodox Judaism and Kabbalah. The word "Goy" is Yiddish for a non-Jewish male. In our story, Adam Pascal of "Rent" fame plays ex-boyband pop star, Bobby Starr. Bobby Starr is booked to headline the grand opening of the first Kosher Casino in the Catskills, (hence the title Goyband.) The reason Bobby gets this unlikely booking is that the daughter of the hotel owner, Rebekkah (played by Amy Davidson of "8 Simple Rules for Dating my Teenage Daughter") has a secret crush on him - hiring him to perform live at the hotel is her last act of rebellion before committing to her arranged marriage. Written by Chris Grimm and Christa McNamee
Also known as: Goyband (on a region-free DVD). 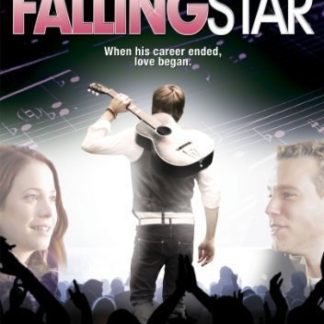