This sale is for Going Back (1984) starring Bruce Campbell on DVD.

6.2
Director: Ron TeachworthWriters: Ron TeachworthStars: Bruce Campbell, Christopher Howe, Perry MalletteSummary: In 1964 two high school friends, Brice and Cleveland leave their suburban neighborhood in Michigan to spend the summer in the countryside before going off to college. They are befriended by a lonely farmer, Jack Bodell, who offers them a place to stay. As days pass, Cleveland helps Jack around the farm and finds in him the father figure he lacks, while Brice falls in love with a local girl named Cindy. The unforgettable summer ends too soon, but the memories linger. Four years later Brice and Cleveland drive up to Jack's farm and learn that there is no going back... Written by Ron Teachworth
Also known as: Going Back (on a region-free DVD). 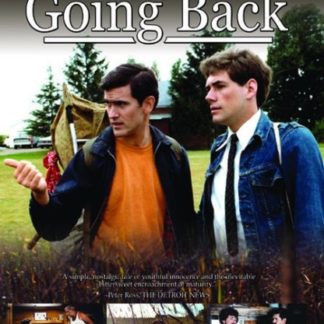