Charodei (1982) with English Subtitles on DVD


This sale is for Charodei (1982) with English Subtitles on DVD.

7.3
Director: Konstantin BrombergWriters: Arkadiy StrugatskiyStars: Aleksandra Yakovleva-Aasmyae, Aleksandr Abdulov, Yekaterina VasilyevaSummary: In a small Russian town, there is a Research Institute for magic. One of the witches, Alyona Sanina, is going to marry a guy named Ivan Puhov (not a magician). A jealous Apollon Sataneev tells her boss Kira Shemahandskaya that Sanina is going to marry not Ivan Puhov, but Ivan Kivrin, whom Shemahandskaya is going to marry herself. Enraged, Shemahandskaya, who is a powerful witch, orders Sanina to forget about her Ivan and marry Sataneev instead. And this will be final unless Alyona kisses Puhov before midnight on New Year. Alyona's friends call Puhov to the rescue. Written by Boris Shafir <[email protected]>
Also known as: Charodei (on a region-free DVD). 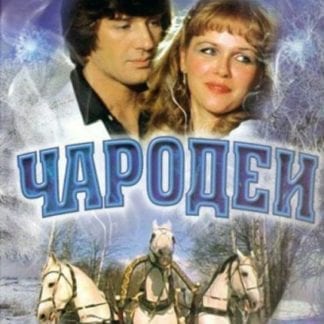