5.9
Director: Campbell ScottWriters: Bruce McIntoshStars: Denis Leary, Hope Davis, J.C. MacKenzieSummary: Bill wakes up from a coma in a hospital ward, raving about tissue regeneration experiments, final injections, organ transplants and having been cryogenically frozen. Battling flashbacks of his father's death and a car crash, occasional hallucinations and fits of rage he tries to piece together his own history with the help of Ann, a lonely medical psychologist sent in to evaluate whether he should be released. In their confrontational, sexually-charged sessions, Bill flip-flops between pitch-perfect self-diagnoses and his paranoid bio-tech fantasies, but slowly begins to heal. But things are not what they seem. Written by Anonymous
Also known as: Final (on a region-free DVD). 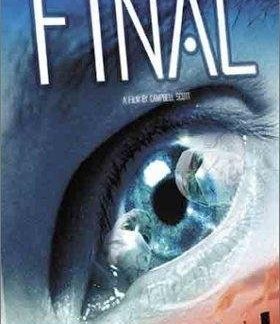