This sale is for Exterminator City (2005) starring Julie Strain on DVD.

Director: Clive CohenWriters: Clive CohenStars: Julie Strain, Brinke Stevens, Teresa MaySummary: The Year is 2027. A robot pest controller turned serial killer has embarked on a murderous rampage, carving his way through the population of Atro City. Following in the wake of his destruction are a tough robot homicide detective and a sinister robot psychiatrist. Their investigation will take them on a terrifying journey into a twisted technological nightmare, more terrifying than you can ever imagine. Written by Anonymous
Also known as: Exterminator City (on a region-free DVD). 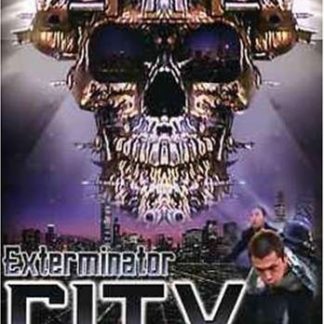