This sale is for El Super (1979) with English Subtitles on DVD.

5.8
Director: Leon Ichaso, Orlando Jiménez LealWriters: Manuel Arce, Leon IchasoStars: Raimundo Hidalgo-Gato, Zully Montero, Reynaldo MedinaSummary: Slice of life look at Roberto and Aurelia, Cuban exiles living in New York City with their 17-year-old daughter Aurelita. It's February, 1978; the winter is harsh, and for ten years Roberto's been the super of an apartment building, firing up the boiler, repairing windows, moving bags of garbage. He's homesick for Cuba, stuck in repetitive conversations about the Bay of Pigs, Castro, and life back home. He's too depressed to make love to Aurelia, and when his daughter thinks she's pregnant and he receives sad news from Cuba, he makes up his mind to quit the city for Miami. The decision gives him new life, he remembers Aurelia's birthday, and they have a party to celebrate. Written by <[email protected]> 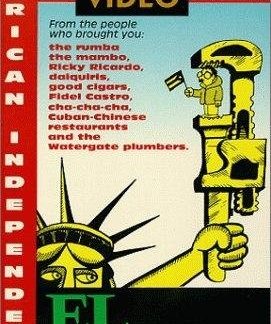