This sale is for Earthbound (1981) starring Burl Ives on DVD.

4.7
Director: James L. ConwayWriters: Michael FisherStars: Burl Ives, Christopher Connelly, Meredith MacRaeSummary: A spaceship carrying a middle-class alien family breaks down over a small town in America, and the "space window" allowing the aliens to return home will disappear in a few hours. Parents, Zef and Lara, their children, Dalem and Teva, and their green chimpanzee hide the spaceship at the bottom of a lake while they search for the special metal necessary to repair it. However, Conrad, an agent with the Federal Space agency, enlists local Sheriff DeRita and his deputy Sweeney to find the spaceship and capture the aliens. Although their chimpanzee is green and eats light bulbs, the alien family looks human, and Ned Anderson, a kind hotel keeper, and his orphaned grandson, Tommy, offer refuge to the family. The aliens have special powers, including the ability to make themselves invisible, which allows them to outwit their pursuers and help Anderson and Tommy with their problems. Written by Larry B.
Also known as: Earthbound (on a region-free DVD). 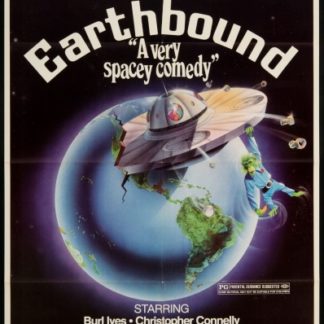