This sale is for Dirty Tricks (2000) starring Martin Clunes on DVD.

6.9
Director: Paul SeedWriters: Nigel Williams, Michael DibdinStars: Martin Clunes, James Bolam, George PottsSummary: Dirty Tricks stars Martin Clunes, who plays an English tutor at an Oxford language school. Although Edward can be charming and thoughtful, this camouflages an underlying calculating liar and manipulator. And although things are going great financially for Edward at the moment, he is under suspicion by a local CID inspector after a couple of murders in the area. An innocent dinner invitation by his friend and his wife triggers a series of events which lead our hero, Edward down a very precarious and hilarious path.
Also known as: Dirty Tricks (on a region-free DVD). 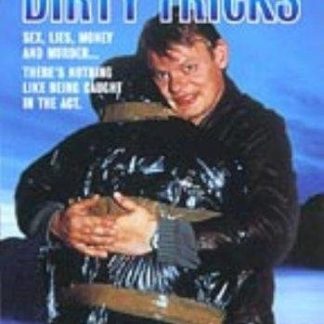