This sale is for Directed by John Ford (1971) starring Orson Welles on DVD.

7.7
Director: Peter BogdanovichWriters: Peter BogdanovichStars: John Ford, Peter Bogdanovich, Orson WellesSummary: In 1971, Peter Bogdanovich was, perhaps, America's most promising young filmmaker, having directed the remarkable "Targets" (1968) and "The Last Picture Show" (1971) earning him an Academy Award nomination for the latter. At this point, he chose to make a documentary about legendary film director John Ford. The result was a documentary that drew excellent reviews, following a screening at the 1971 New York Film Festival and a television broadcast. It was later withdrawn from circulation because of legal rights. It was only in early 2006 that Bogdanovich - who was reportedly never totally happy with the 1971 version - went back and revamped the documentary to his satisfaction. He recorded totally new interviews with Martin Scorsese, Clint Eastwood and Steven Spielberg and incorporated a rare audio recording of Ford and his rumored 'significant other' Katharine Hepburn. He has integrated these new elements alongside the strongest sections from the first version - including extended ... Written by alfiehitchie
Also known as: Directed by John Ford (on a region-free DVD). 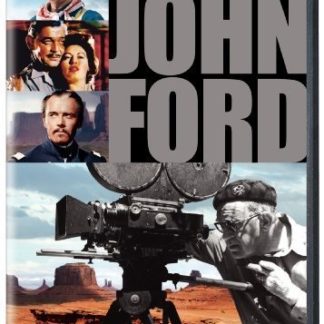