This sale is for Desire and Hell at Sunset Motel (1991) starring Sherilyn Fenn on DVD.

5.6
Director: Alien CastleWriters: Alien CastleStars: Sherilyn Fenn, Whip Hubley, David HewlettSummary: Right after Disneyland opens in Anaheim, California, in 1955, a toy salesman in town for a convention brings his wife with him so they can both go to Disneyland. They stay at a rundown place called the Sunset Motel nearby. Soon the wife is having an affair with a man staying at the motel. The husband hires a psychotic criminal to spy on them, the wife and her lover plan to murder the husband, and the voyeuristic motel manager is spying on everybody. Written by [email protected]
Also known as: Desire and Hell at Sunset Motel (on a region-free DVD). 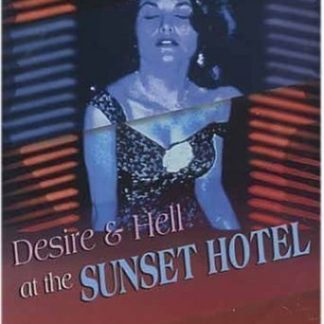